As music continues to evolve, we will continue to evolve with it. Axis Music Academy is now offering DJ lessons and music production courses taught by industry experts.

The curriculum will cover equipment setup, BPM, song structure, blending, beat matching, harmonic mixing and more. By the end of the program students will be able to mix music live, produce tracks at home, and have the foundation and capabilities to build on their newfound knowledge.

Students will need to bring a laptop computer with a pre-loaded DAW (Digital Audio Workstation) preferably Ableton, Serato, Pro Tools or Logic. DJ students will also need a controller. Feel free to contact us if you have questions or if you’d like more details and/or recommendations.

DJ Head aka Kevin Bell may be best known for his role as the rap battle DJ in the film 8 Mile, but his contributions to Detroit music go far beyond that. Kevin produced multiple tracks on the Eminem albums “Slim Shady LP”, “The Marshall Mathers LP”, “The Eminem Show”, and “Encore”. He has also produced tracks for hip hop superstars Jay-Z, Funkmaster Flex, Xzibit, and Obie Trice. Kevin’s film resume includes work on the movie soundtrack for both Suicide Squad and Despicable Me 2. Kevin also works with various media outlets while being one of the most in-demand DJs for music venues and events throughout metro Detroit. 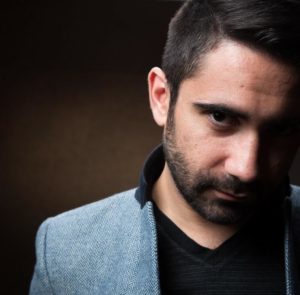 Michael is lifelong percussionist who earned his Master’s Degree in Music Education from NYU. While drums are his go-to instrument, he is also a seasoned digital music producer and specializes in making music on iPads and Digital Audio Workstations (aka DAWs) such as Serato, Ableton Live, Logic and ProTools. Book some lessons with Michael and you’ll be making your very own songs in just a few sessions.

We offer private music lessons online and in-studio for students all across the state!

We’ll take you step-by-step through the recording  process with our audio engineers.

Learn how to utilize current technology to create your own songs.